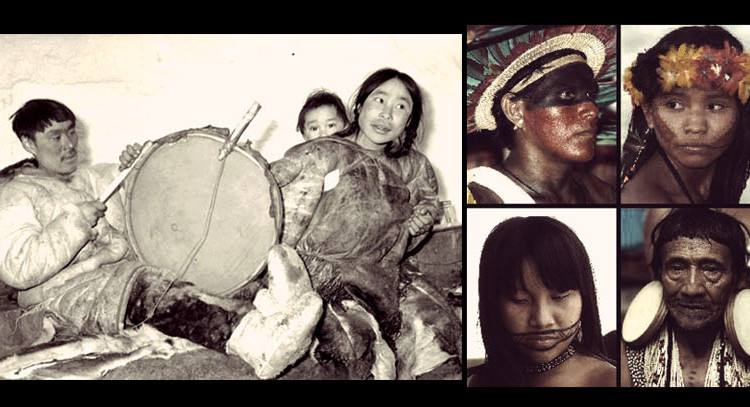 We undertake the Long March to Rome to remember the countless millions of indigenous worldwide who for 500 years have suffered and died through the wars, forced resettlement, disease and conquest justified by two papal orders or bulls, called Romanus Pontifex (1455) issued by Pope Nicholas V and Inter Caetera (1493) pronounced by Pope Alexander VI.

These papal bulls are the “blueprints” for the Age of Discovery since they granted explorers the absolute right to:

“…invade, search out, capture, vanquish, and subdue all Saracens and pagans whatsoever, and other enemies of Christ wheresoever placed” and to “reduce their persons to perpetual slavery”.

Incredibly, neither of the two papal bulls has been officially revoked to this day.

While walking along the ancient Via Francigena to Rome, we shall also honour the courage, wisdom and spirit of our ancestors, who for 500 years have kept alive the traditional laws and culture that have governed the ways of indigenous peoples since time immemorial.

When we arrive in St Peter’s Square in Vatican City, we shall first call upon our ancestors and then with our minds, heart and soul ask Pope Francis I to join hands with us and declare to the world that no man woman or child should be considered a lesser human being because he or she does not worship at the same altar.

How do I join the Long March to Rome?

To join your indigenous brothers and sisters on the Long March to Rome, contact the LMR Coordinating Committee through our Contact form.

Can I support the Long March to Rome by a donation?

To make a personal donation to the Long March to Rome, click on: Donate now

How do I become a sponsor for the Long March to Rome?

To become a Long March to Rome Sponsor, contact the LMR Financial & Fundraising Committee through our Contact form.